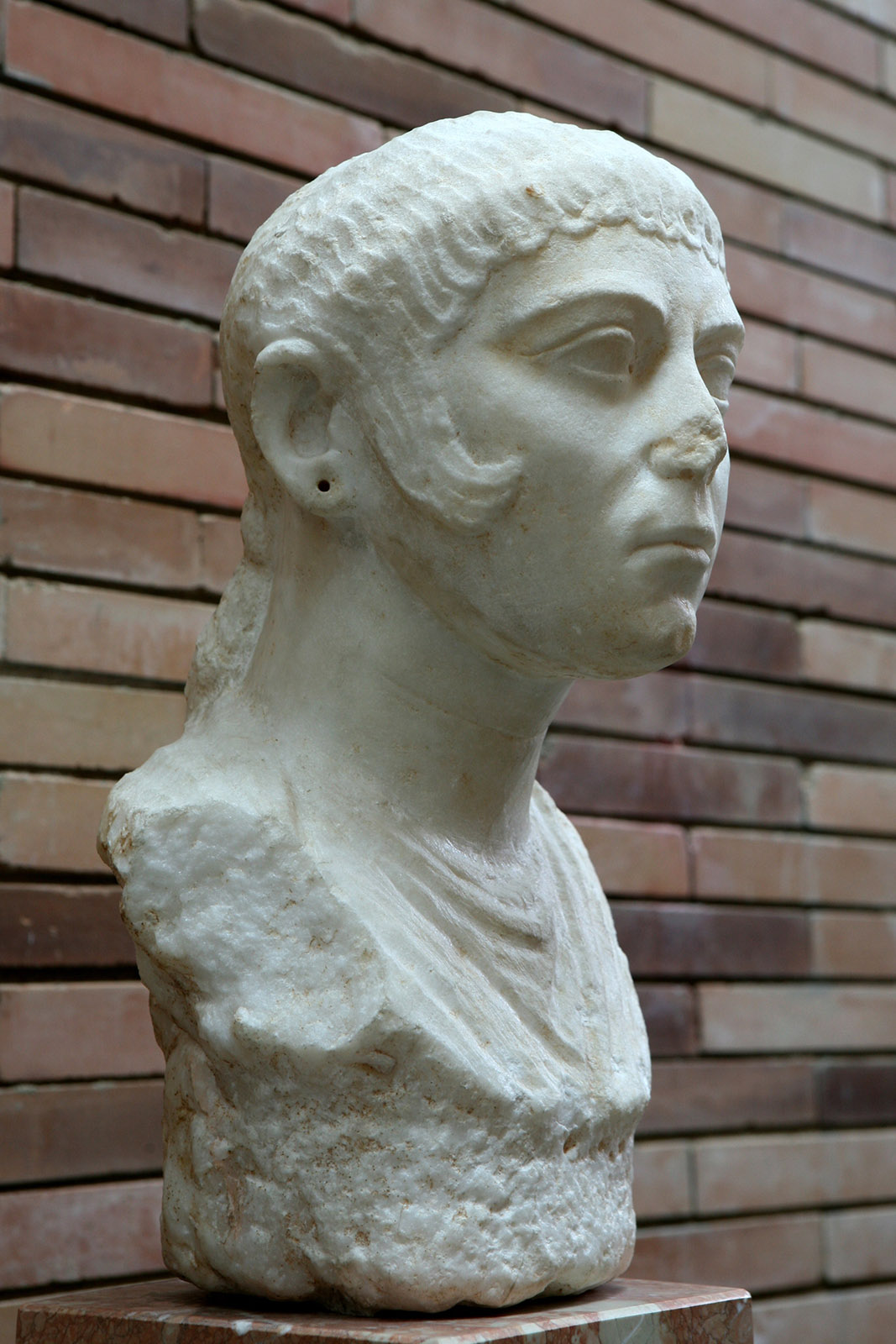 Private portrait of the early days of the colony Augusta Emerita (MNAR, Nº Inv CE8895). Archive of the MNAR.

The Lusitanian society was made up of people from different ethnical origins, people from very different legal and economic status, individualized groups because of their practices and forms of expression. The indigenous substratum was not homogeneous: the notion of “Lusitanian” is a Roman notion which brings several different entities together where natives were really recognised in. At the beginning, Roman and Italic conquerors came to join these people from Lusitania and later, varied groups of population who moved freely encouraged by the security provided by the Empire.

Social and cultural mobility streams were behind those phenomena: the Romanization of uses and customs, first, and then, the promotion of the personal statutes. Freeing of slaves, individual enrichment or giving the Roman citizenship to the dignitaries were other integration movements in a complex society. A men and for men society which was undoubtedly governed by them, but where women, children – everybody, in short – found their own way of expression.