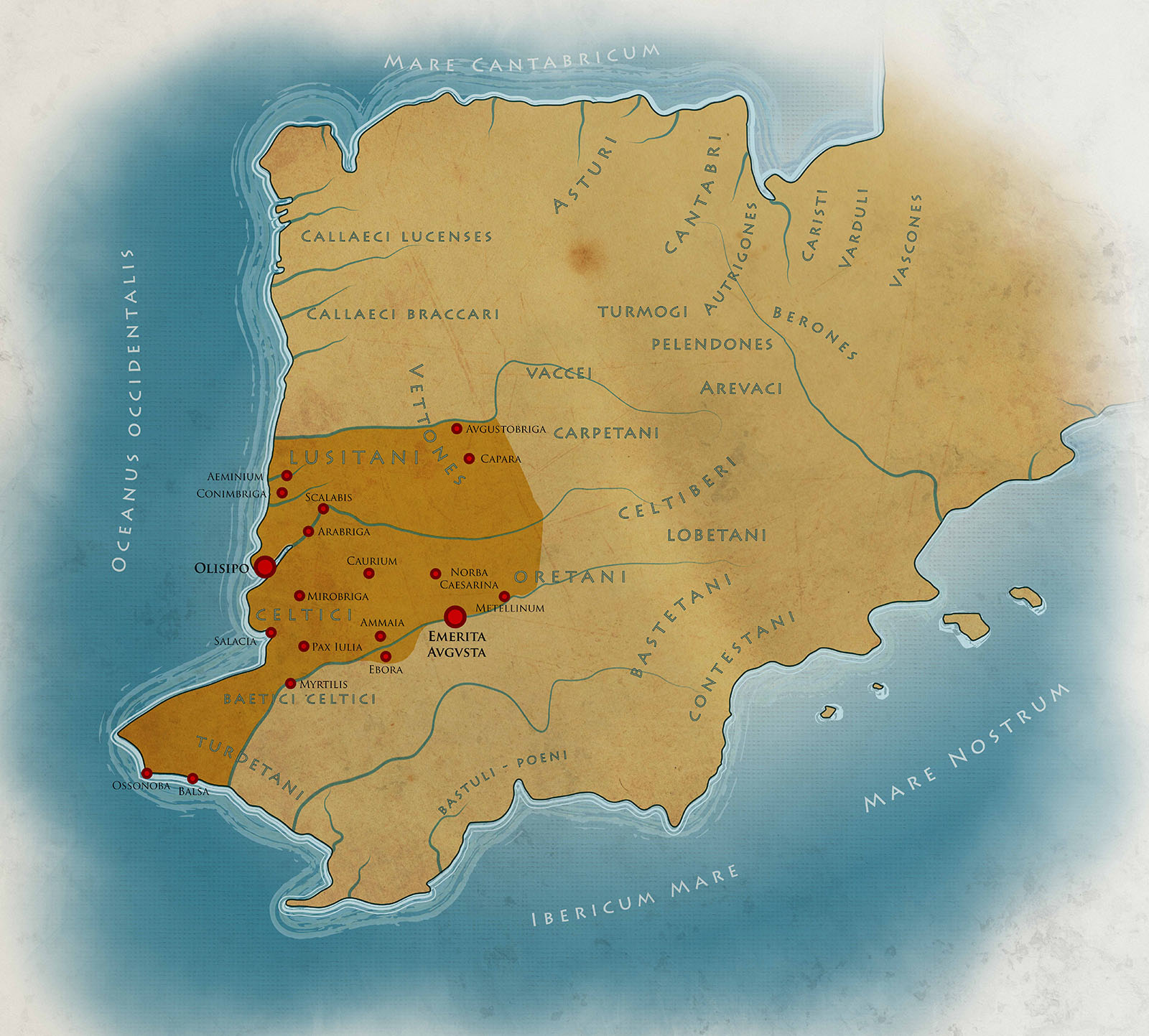 Map of the Iberian Peninsula according to Ptolomeo. Archives of the MNAR. Lvistania Romana Exhibition.

To the classic authors, Greeks and Latins, Lusitania represented the end of the known world. The immense ocean which caused curiosity and fear to the sailors who ventured to sail it started here. The first images which we receive from this land are related to its rocky coasts and small islands, as well as, some remarkable phenomena as its large tides.

On the one hand, the Roman conquest process goes in depth into the knowledge of the area, its wealth and the abundance of its mineral resources appearing then as a kind of El Dorado.   On the other hand, classical sources pay attention to the exotic people who live there. People from Lusitania are in that conflict stage associated to the negative image of people looking for land and practicing banditry. But their leader, Viriato, becomes in the literary tradition a hero-philosopher symbol of the natural man whose deep wisdom comes from his communion with nature. The strange Lusitanian customs attract old authors’ attention who emphasize the dichotomy between their barbarian traditions and the civilised world of Romans and Greeks. As the Romanization is consolidated, the differences between Roma and its most occidental province, which progressively gets into the cultural globalized universe of the conqueror, are attenuated.