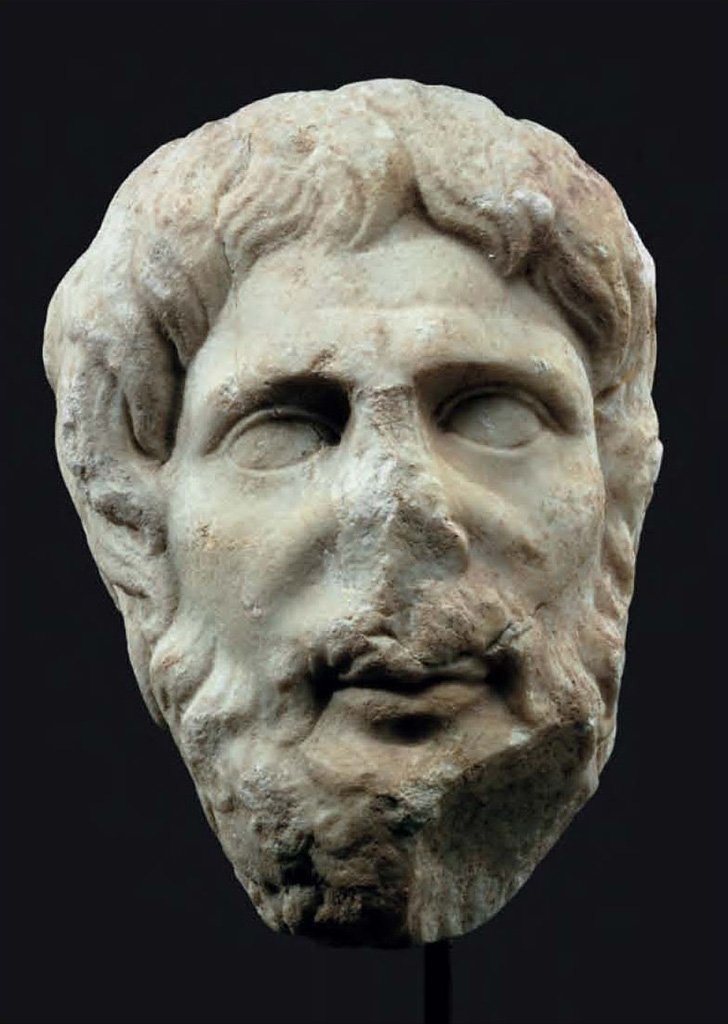 Temple of Diana dedicated to the Imperial cult. Archive of the MNAR.

Head of the god Endovelicus. Archive of the National Archaeology Museum of Lisbon.

In the province of Lusitania, as in the rest of the provinces of the Roman Empire, different cults which satisfied the needs of their inhabitants were contemplated. It was the official religion, the traditional of Rome and the Imperial cult which was allowed from the Augustus period and made official in the following reign, which gained greater importance due to its eminently political meaning from the beginning of the Principality. In different towns, in the Forum, imperial deities where shown to the citizens from their temple or from the altars of sacraria located in the spectacle buildings as if they were in a balcony.

Romans, who were always permissive, allowed the continuity of the genuine deities of the land and thus the cult to the Lusitanian deities, Ataecina and Endovelicus mainly, had different sanctuaries. Oriental deities also had a lot of prestige with their religious practices encouraged by the population who came to this area from the Oriental Mediterranean.

Jewish and Christians also left very important proofs of their presence, above all in the final stage with references to the existence of synagogues in Emerita and in the capital itself with the example of the Martyr Eulalia.