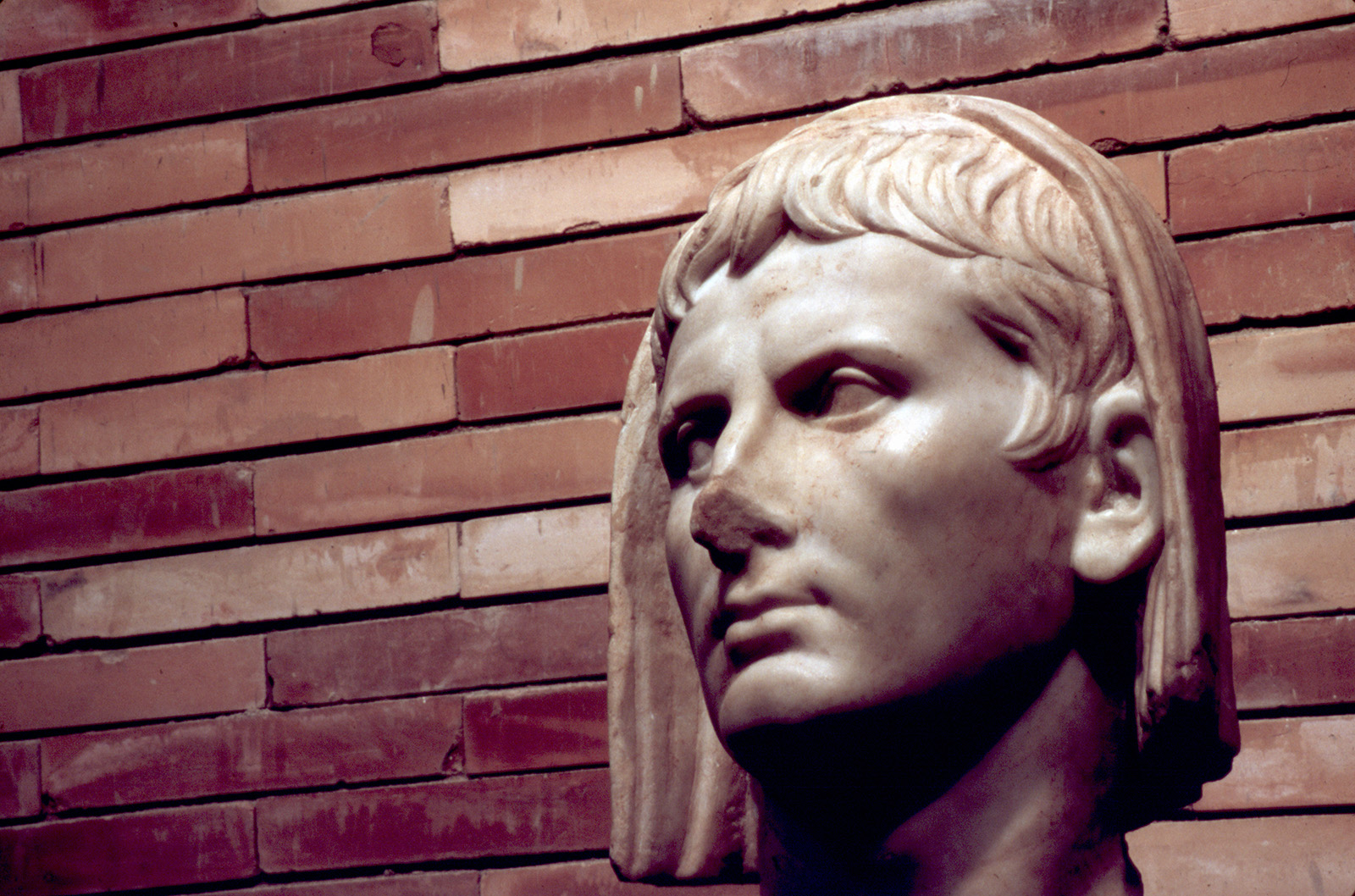 The creation of the Roman province of Lusitania

Map of the province of Lusitania.

Head veiled of the Emperor Augustus from the Sacred Hall of the Roman Theatre. Archives of the MNAR.

Map of the province of Lusitania with its main roads according to Vasco Gil Mantas (2012).

Octavio, who became Augustus in 27 B.C., was the architect of the organization of the provinces. In his trip to Gaul and Hispania, between 16 and 13 B.C, he decided to create a new province, Hispania Ulterior Lusitania which included heir regions from the Southern Celtics, the Lusitanians and the Vetones and where five colonies were set up, four of them in already existing cities: Scalabis (Santarem), Metellinum (Medellín), Norba (Cáceres), Pax (Beja) and a new one, Augusta Emerita which was going to be its capital city. In this way, and through the towns, he favoured the control of the populations and protected the Roman citizens’ interests in a territory full of resources. Gradually, political life was being developed with the organization of the communities and local entities, where the most determined and dynamic local families worked as a link between urban and rural populations so there was an adaptation to the “culture of the Empire”.

For a better administration and control of such vast territory, a complete net of roads was set up. They were well built with construction work in those places where it was necessary to go through fluvial obstacles or steep areas: dikes, monumental bridges like that one from Mérida above the Ana or that one from Ponte do Sor above the Ribera de Seda or that magnificient one from Chaves (Aquae Flaviae). Milestones, which were cylindrical posts which indicated intervals between mansions and other reference points related to the road, show us the work carried out during the Empire to set up and improve these fundamental communication routes.